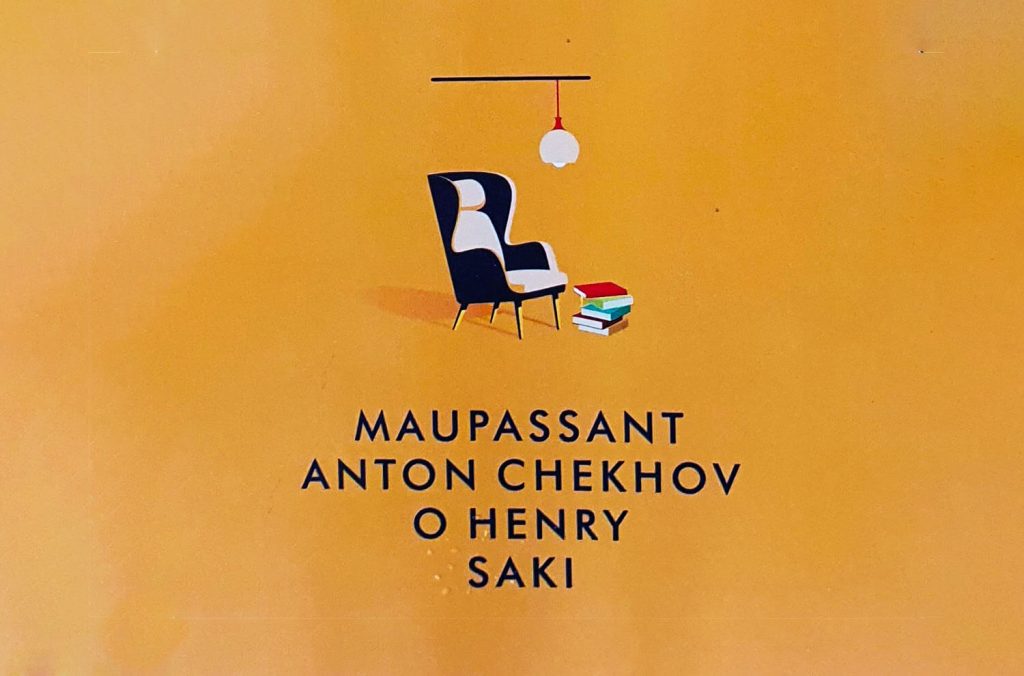 This book introduces the reader to Four great short story writers from four different regions. There are a total of 25 short stories.

1. Guy De Maupassant- 19th century greatest French Author.also wrote under various pseudonyms. His characters are victims of ironic necessity, crushed by a fate they have dared to defy, yet still struggling against it hopelessly. He writes in a naturalist style, depicted human lives and destinies and social forces in disillusioned and often pessimistic terms.

Short stories included in this book.

The Diamond Necklace tells us to ascertain facts even if they are prejudicious to us, not to be after false things, to admit one’s mistake or loss of things and not to be vain. This story of poor Matilda has been translated into Malayalam. It also teaches us that all that glitters is not gold.

2. Anton Chekhov-Author, Playwright of Russian origin, a medical doctor, one of the pillars of modern theatre. His stories progress at a low pace and do not have much action. They will enrich you in experience and empathetic towards human life. He loved brevity, in explaining a lot in very few words.

One of Russia’s best-known author, Anton Chekhov is the indisputable master of the short story. He wrote from every point of view. he remains the best at creating sympathy for unsympathetic characters. Considered by some as the founder of short stories.

The Beggar and Champagne are the prominent stories.

In beggar, the householder gives him a job to do but he is lazy and the housemaid is doing the work for him. The house owner thinks that he has been able to change the beggar’s attitude by his action. At last, the beggar says to him that he has not done the work deputed to him, but his attitude was changed by the selfless act of the housemaid. 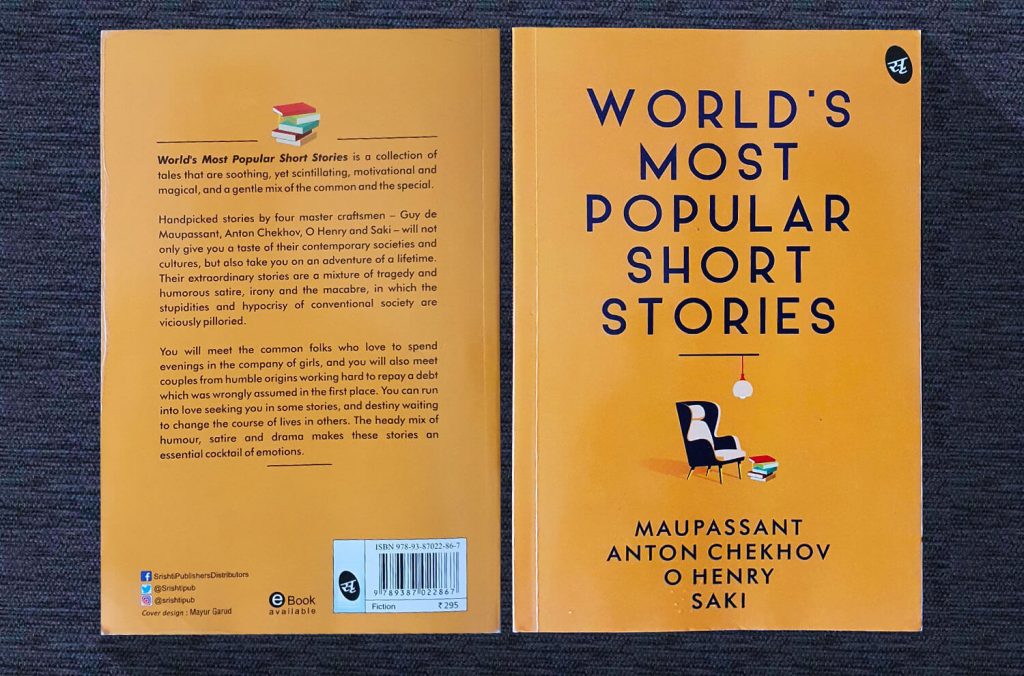 His stories are known for the surprise endings and witty narration. He was the American answer to Guy De Maupassant. Both authors wrote plot-twisting ends. O.Henry’s work is wide-ranging.

The Last Leaf is about pneumonia, the patient counting the leaves of the ivy wine which had more than a hundred leaves. They are falling and the patient believes, when the last leaf falls she will also die. The most lonesome thing in all the world is a soul when it is making ready to go on its mysterious far journey.AN old painter( who has failed to draw) has painted the Last leaf on the IVY using a ladder and lantern in the night when the patient is sleeping, just to give confidence to the patient and thereby sacrificing his life, The leaf does not whiter away.

4. H.H.Munro Or Saki The British Writer. Is a Scottish writer and journalist.

Witty, mischievous and sometimes macabre, his stories are a satire on Edwardian Society And Culture. It was wit and sarcasm which made this prolific writer’s short stories popular .many of his short works feature recurring heroes.

The Open Window concerns a nervous man, newly arrived in town, who is told the tragic story of why the French windows in the house he visits are always kept open.