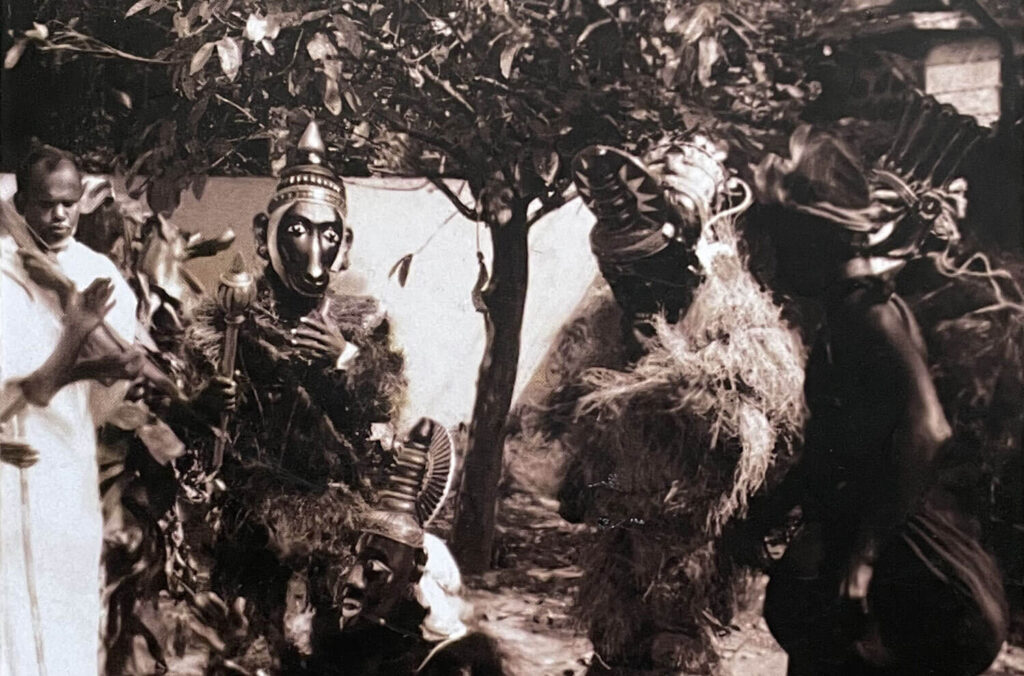 This book is primarily about Kummatti kali performed in Trissur and its suburbs during Onam days. It is an authoritative book on the subject.

Dr.Chummar was encouraged to research about folklores of Kerala by Dr. Ramananjan Mukerji, vice-chancellor of yadavpur university. The study looks into the probable origins of kummati kali and its similarities with other art forms of Kerala folklore.

This was first published in the onam special supplement of Navayugam magazine. This is also the first publication of the Kerala folklore academy. (Trissur) Face masks, crowns are important things in kummatti kali as well as Thira and Padayani.

Kummatti kali is a village art form. it is related to kavus, kali, and kongan pada.The main centres are Palakkad and chittur. Under cochin’s rule, there was the migration of people from these places to Thrissur, and the art form was also spread. Localization is an important stamp of kummatti. Brahmins, Christians, and Muslims are not involved in this art. Though traditionally, kummatti is related with Nairs it has no place among Nairs outside of Palakkad and chittur. among Tamilians also there is no kummatti kali.

Kummatti is prevalent in the Thrissur district and Malabar. Vadakkancheri, Alatur, and Kunisseri chittur are prominent .in Thrissur kummatti is for pleasure and at other places, it is a ritual for Devi. in ottapalam taluk, kummatti is the beginning of the agricultural festival.Mannans(Dhobis) play it. Here it should be mentioned that local village kummatti festivals and kummatti kali are different. Every village’s kummatti festival has its own legend, history, customs, and rituals.

Certain important kummatti festivals of Palakkad are the following.

The author and also Wikipedia wrongly mentions Kunisseri Kanyar as kanyar kali .kunisseri kanyar which is Celebrated one day prior to kummati is actually a water and athletic sport. Three bamboo poles brought from nelliampathy are put into the temple water tank in the morning and is cirumbualted. the same thing happens in the evening. THEn They are taken out from the water tank and put in their respective designated places on pillars at the backyard of the Temple. Then a special pooja is done and permission for celebrating kummatti is sought from the public. after approval from the public, those three flag mast of bamboo poles are taken to stipulated routes in the village by running and they are fixed at appropriate places. 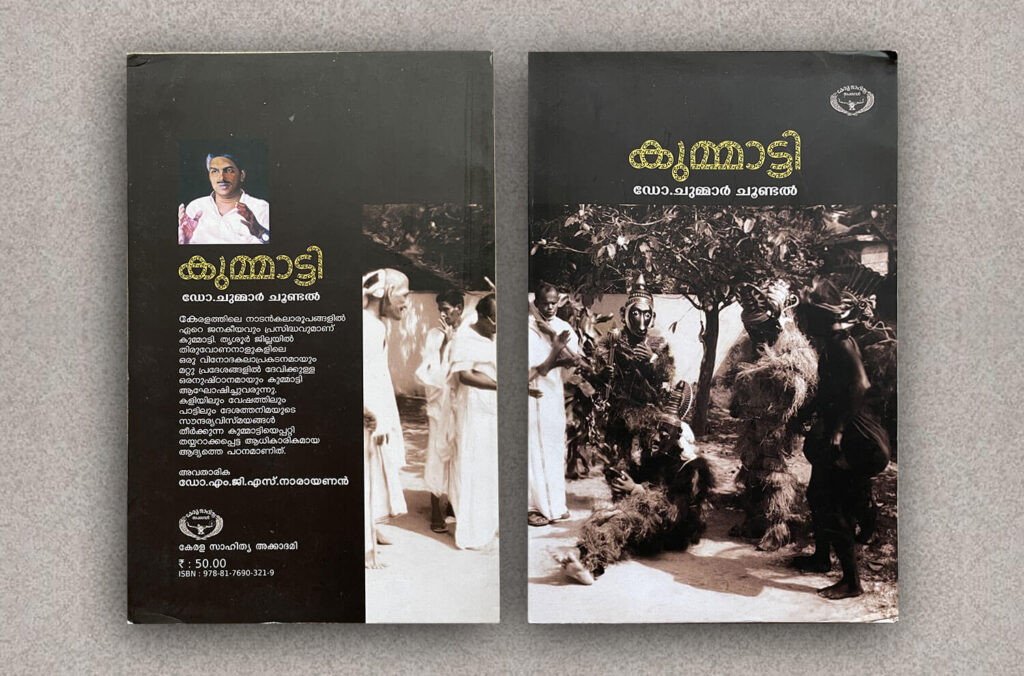 For kummatti kali face masks of Sivan, Kirata Murthi, Naradan, Hanuman, Darikan, and Sri Krishna are used. The toothless woman’s (THalla kummatti) face mask is an important one in kummatti. Human masks and fantastic masks are used in kummatti. Except for Ganapathy, no animal mask is used for kummatti. kummatti grass is used. Kummatti stick is of NOchi

There are songs in kummatti kali. The leader sings and others repeat the same. Those who wear face masks do not sing. ( They cannot sing because of face masks.)From palakkad to feroke in kozhikode kummati kali is different. Kummatti songs are rhythmic. They are categorized into seven parts. Kummatti songs can be categorized with nonsense verses and limericks of the English language.

The author has tried to relate kummatti with the following.

In ‘ Gundert’s dictionary kummati meaning is a feast of Bhadra kali. Dr. Chummar concludes that kummatti is a Tamil Malayalam word. it is a remembrance art form of Jains of Kerala. The participants are vaishyas who are merchants. It can probably be a satirical art about the Jain religion. it got popular in Kerala after 1100 AD. Kummatti is a play of gomatti chettis (Jains of Karnataka). In Telugu, nairs are called Komattis.