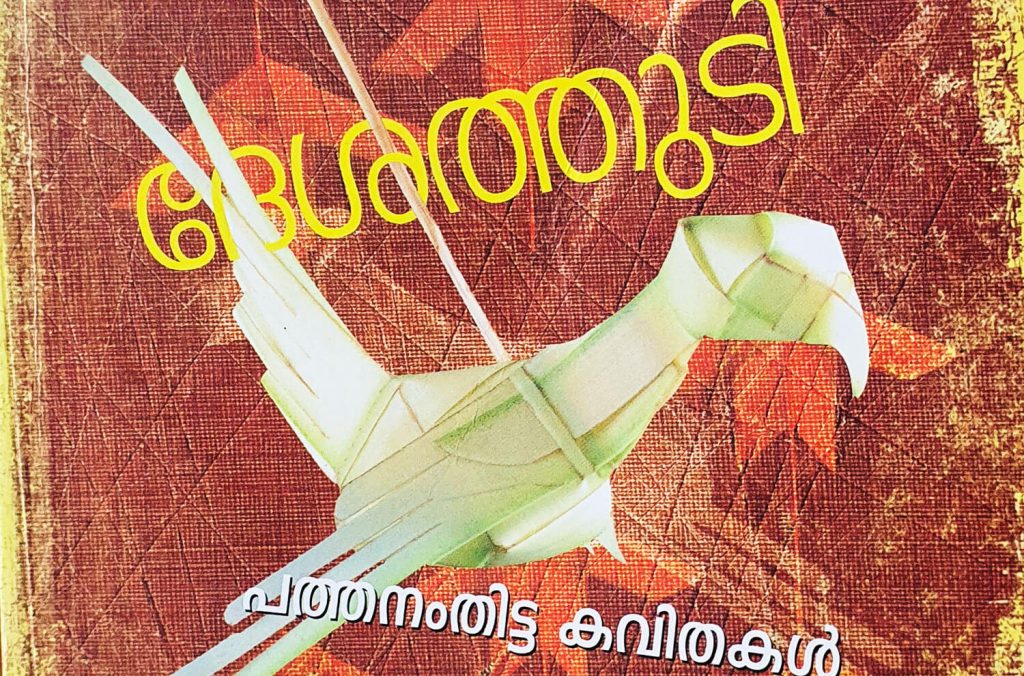 An Anthology  Of Malayalam Poems edited by Unni Krishnan, Poozhikkad.

This is the brainchild of Mannadi Gopakumaran Thambi and ably supported by Rajesh Omallur. This is a group effort. This anthology of Malayalam poems contain 184 poems by poets of Patthanam Thitta district.

The poems are representative in nature. But in certain cases  the name of the book in which the poem is originally included is not mentioned. The list of poets includes early Sanskrit dramatists, translators of Puranas, rebels, revolutionaries, modern, traditional, tantric, tribal, and Dalits also. It is also an amalgam of  Hindu and Christian poets and also their thought processes. This anthology does not include all poets pertaining to the area. By group effort  they have been able to achieve to garner details about maximum poets.

The books give you details about many known and unknown poets in the area. Some are famous throughout Kerala and also in India, others are known only locally. Two poems that have been included in Malayalam textbooks, prayers, are included in this review. One of the poets P.N. Parameswaran  Namboodiri has written about Ochira Mahatmyam. His other book Otta Thirinja Komban ( The Lone Tusker) has been banned for fifty years. He was a reformist and had to attend court cases for writing the book.

There are poems of classic and Neoclassic poets. The poems in this book represent many periods of growth of Malayalam poetry. You can see the overall growth of Malayalam poetry in this collection. The plus point of this anthology is that a brief account of life and works of the poets are included.
This is a  valuable book for Malayalam literature lovers and particularly to those who are interested in poetry. The vast amount of literary work from a small place is unbelievable.so many works have been lost and many others are not traceable. The Herculean effort put by this group of persons is praiseworthy and should be followed by others of other places.

The book is available at National Book Stall branches. It is published by Lens Books – Adoor and also available at www.indulekha.com