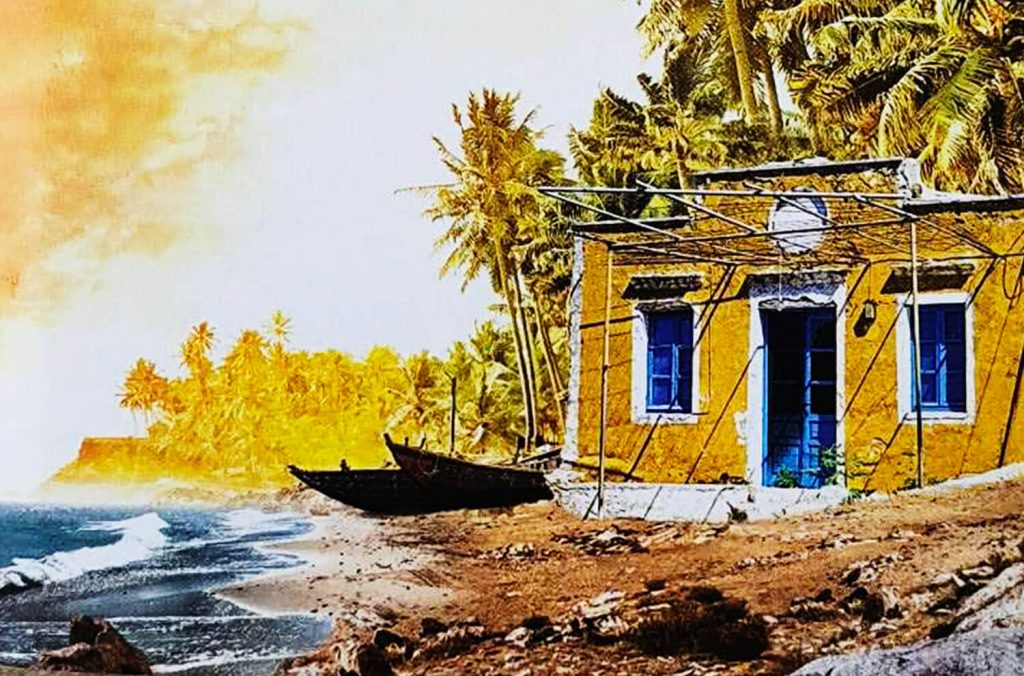 A House for Mr.Misra by Jaishree Misra

This non-fiction book is on the construction of a beach house in Veli, Trivandrum, Kerala by the author. The construction is termed as a suicidal project by her. Many people do not know that the author is the grandniece of  Thakazhi  Sivasankara Pillai, the famous Malayalam Novelist  and also a Jyana Peet Awardee. What prompted the author to construct a beach house in Veli, is the fact that she was living near the south bank of the Thames. She is sharing her experiences with us in a  socio-politico satire.

She locates an old house to be purchased in Veli. From day one her problems start. An old man stays in The house, which he has transferred to his adopted son which he has transferred the same to his wife. it makes The registration of the sale of the house a three-way affair. Land ownership papers are often not actual and there are disputes over boundaries. Even if it was one’s property, if others had used it as a pathway, they should be accommodated. The seller has to sort out the dispute. He Had to leave enough room for church procession and also Boat hauling of the neighbors. When you purchase a house in Kerala  you have to give half the money in black. It is easy to convert white money into black.

The Coastal Regulation Zone does not allow house construction near the sea. There are Four Coastal Regulation Zones. CRZ is not a document to be enforced. Fishing and other coastal communities violated the same. Without high connections in government, transgression of this law can put you in jail. The law was applied according to the convenience  of the people in power. Buildings and extensions were allowed in one zone but not allowed in others. If you obey the rules nothing can be achieved is the belief of architects and the builder lobby. The same floor area is allowed for reconstruction as opposed to new constructions.

People are allowed to violate laws until they finish full construction and afterward they squeeze money threatening demolition. Getting permission to build from the corporate office is a Herculean task. She faced difficulties in filling up forms that were available only in the local language. Second generation foreign Malayali’s are not welcomed in Kerala as they know only to speak the mother tongue. Beaches are not for relaxation and pleasure for the typical Malayali. One characteristic of the Malayali is his or her curiosity to know things about others whether it is his concern or not. Beaches are dark in the evening because of the tussle between electricity and tourism boards. Demolishing the old house to build fresh house permission is not given.

An architect should be an honest broker between builder and client. It is the architect who recommends the builder. Builders first agree to all requirements of the customers and afterward work according to their whims. The author has asked the builder to strictly follow the rules but he did not follow the same. He was an unscrupulous builder and tried to cheat them through gaping holes in the budget. When it was found out and questioned  he stopped the work midway. Then his henchmen came in large numbers complaining about not getting wages for the work done. They were threatening the author, but her fishermen neighbors, who were not in good relation with them at the beginning, came to their rescue and the hooligans were driven out. A minor union in Kerala is a lot more formidable than an army. Then a police case was filed by the builder for not receiving money for the job done. That also failed because of proper account keeping and because of the right connections in the department. Journalists, environmentalists, and politicians siding with the builder is common in Kerala. If one builder does not complete work, it is very difficult to get another builder to finish the same. Luckily they got a builder for starting the Incomplete work. And work was started.

The unions are very strong in Kerala. They demand exorbitant charges to load and unload things. Specified areas allotted to particular unions of different political parties. Even the government is helpless before them. The author had a tussle with the local union to unload things. Nokku Kooli (Looking Wage) is a unique Kerala concept where the owner has to pay, the union, even if the work is done through others. Even if they have not touched the goods, they have to be paid their demanded money. Nobody will dare or come in between. Luckily for the owner, they agreed that they can unload the goods themselves. Even this is not permitted in other areas, so the author and her husband had to unload a tempo of tiles on their own which took them five hours.

Then one day the author got a call about their unauthorized construction from an anonymous person. The person threatened that he will file a complaint with the corporation. The call was repeated  and they did not heed to it. One day, all of a sudden, a surveyor came from the corporation to verify the construction. They got a stay order on construction for exceeding permission by four feet. This was a new experience for the author. Vacating the stay order of the corporation without greasing the palms was very difficult. Low cunning is a quality Kerala specializes. To ward of corruption and bribe  one has to take the route of Nepotism. Stay order from Trivandrum corporation cannot be influenced even by the chief secretary of Kerala. Everybody has got their own Turf and encroachment and interference were not tolerated. When the complainant is politically well connected, there is no chance of getting the stay order waived. People connected to councilors are posing as environmentalists to make a few bucks quick. On average it takes 34 years to settle a legal dispute in Kerala.

As a last recourse, they went to the CRZ people. The chairman was known to their relative. The area where they were building the house had no restrictions except for usual corporation rules. it is easier to raise a fresh planning application than clearing the stay order on the old one. No special permission was required for any other construction that had another legitimate building located between it and the sea. The new application was passed by the CRZ authority and at last, the corporation people allowed reconstruction of the house.

Kerala really needs little excuse to down tools and stop work. Strikes and processions are commonplace in Kerala, the public listens to nobody or obey rules. The KSRTC  is an example. Its buses are killing machines with little regard for other vehicles or pedestrians. Private buses are also no exception. Once the KSRTC bus overtook them and damaged the rear portion of the car. Though the mistake was that of the bus driver, he and the bus passengers started to abuse them because they are rich people. With their high connections, they were able to contact the RTO people and towed their vehicle to the police station. They were well received but was requested not to insist on a complaint. It was risky for the police. If the case was registered the police station will be stoned by the union people. A case gets nobody anywhere as it just drags on for years.

The author had also difficulty in crossing roads by walking even when the pedestrian light green signal was there. Motorists never followed rules and she had split hair escapes from accidents. When complained to the traffic police on duty, he was meekly replying that nobody cares about his warnings or follow the system. The Trivandrum pathways are man killers with open manholes and high raising hoardings. She also mentions how senior citizens are harassed by the all-powerful maid-servants. Once Mr.Misra had a snake bite. She had taken him to the nearest hospital and was told that there is treatment for snakebite in Trivandrum medical college only. The patient’s relatives were supposed to carry the snake alive or dead to ascertain whether the snake is poisonous. He was put under 24-hour watch and some tests were done. No antidote was given.

Malayali’s refuse to employ Malayali’s because of their laziness. unemployment, alcoholism, and suicide are common. Tourist trade is one of the last successful industries in Kerala. For every clever law, there will be a clever solution floating around somewhere when you are dealing with Malayali’s. The law not to have bars within 500 meters from the highway was evaded by creating a wall near the compound and then increasing the walking distance. The law does not mention the distance as the crow flies and it is ok with the police. Unlicenced establishments are the rule. The Keralites are poor in customer service.

Meena Kumari report on fishing banned trawling by native fishing vessels but allowed foreign boats to fish in India’s exclusive economic zone. There is a 61-day ban to go to the sea during monsoon. The fishing community had to switch over job to Lifeguards, sweepers, gardeners, tender coconut selling to tourists. catching fish has become an un-viable occupation.

Once the author had asked one of her friends about his wife. He told her that he has given permission to his wife for visiting her friends. And he also gives permission for walking as an exercise. Male chauvinism is prevalent. The worst chauvinists are those who do not even recognize their own chauvinism. The author gives you a clear picture of the real Kerala (The God’S  Own Country) where everyone considers himself as GOD. Though it is a non-fiction book it is more interesting than a fiction book. All Malayali’s outside the state should read this book to know ground realities in their state. It is an EYE opener. Kerala unmasked, without any smokescreen. 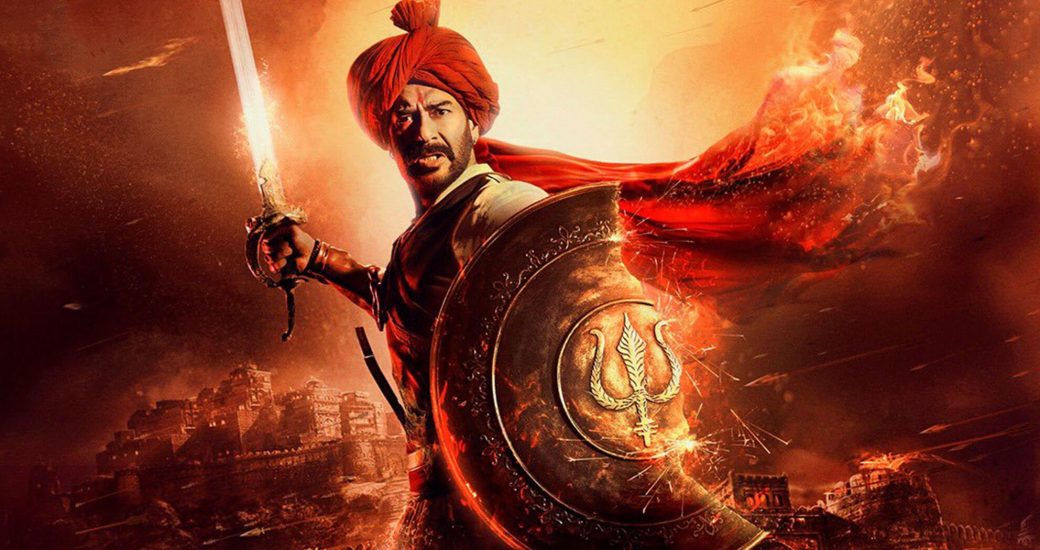