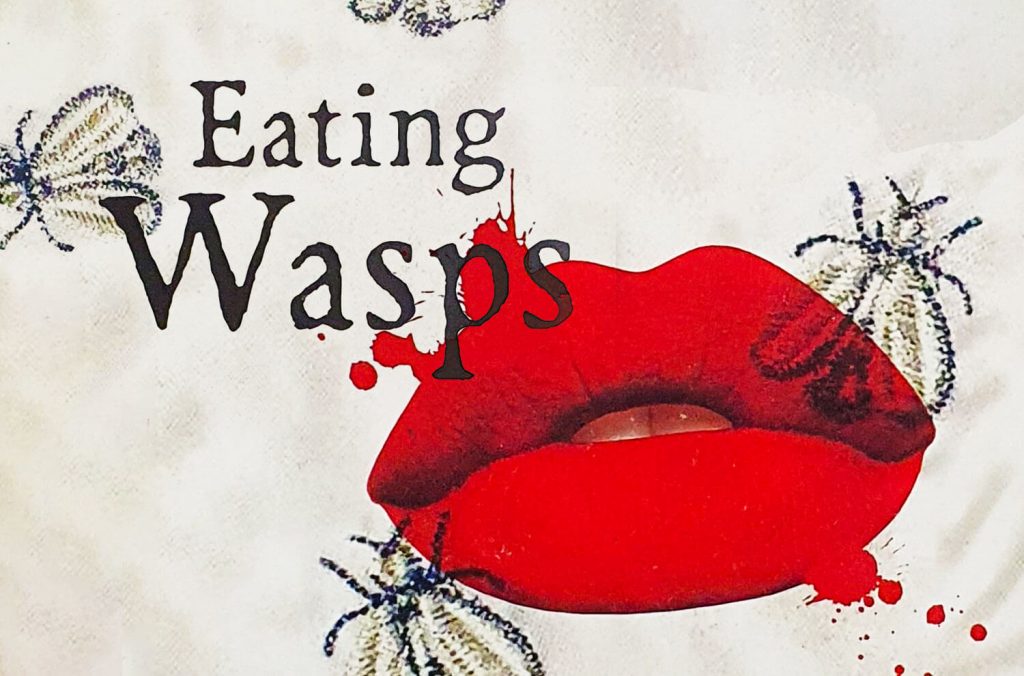 The story takes place in a resort, by the name, near the river Nila.

There are two main characters Shree Lakshmi and Urvashi. Shree Lakshmi was a university gold medalist who has done post-graduation in zoology. She is an author and Sahitya academy award winner. she is likened to Kerala’s Virginia Woolf. she commits suicide. Her lover Markose a married man and also a church priest, takes the bone of her index finger from the ambers and keeps it in an almirah, in a false compartment inside it.

Urvashi is a journalist by profession. The author is telling the stories of the novel Through these two characters. A lot of subjects like child abuse, rape, acid attack. autism. infidelity etc are discussed. The book is divided in the following manner.

All the stories are related to visitors of the resort. There is also a residential dancing academy in the resort. Shree Lakshmi is in the form of a bone which seems to others as plastic or chalk piece. She is enlivened at the touch of others and become a living ghost.

Urvashi arrives at the resort for vacation. Radha and Shyam, her host and owner of the resort have gone on an emergency trip. so the manager Unni was entrusted with welcoming her. Her room was not ready due to an emergency hospital visit caused to Najma who was to prepare her room. There was a commotion in the lobby due to the disappearance of the girl child They have searched for her everywhere but were not able to locate. Urvashi while wandering to kill time till her room is ready, enters a corridor and opens the entrance of the door. Its bang opens an almirah in the end and she notices a child inside the cupboard with a plastic piece. THE girl hiding there is a victim of child abuse and she hands over her to the parents.

Shree Lakshmi’s grandmother used to keep honey in glass bottles. she never gave honey to children as original honey. they were extracting honey from the beehives. She will let the girl to lick the spoon. her cousins and sisters used to ask for honey but Shree Lakshmi never asked for the same because of her pride. She was knowing honey is got from the bee. one day she went near the hive and when a swarm of flies came to her, opened her mouth in the hope of tasting the honey. one insect entered her mouth and she bite it with her teeth. It was a wasp and she had to vomit it. Later when her grandmother gave her original honey she was not able to taste it because of the bitter experience.

Desire is a luxury, not that desire was evil or wrong, but it could cause heartbreak.

Life is a series of mistakes. Love for the firstborn, disappointment ending in spanking, reproach causing fear, how flattery attracts little children to traps are to be borne in mind. only women can understand the traps of child abuse, men cannot. wanting a child to know and learn how to deal with underprivileged people, fight for space is a good intention but there are always unexpected and looming dangers. The indifference of the one who showered praise hurts more than anything else. you have to trust your child than anybody else and if your child won’t want to do a thing should not compel her to do that. Action should be prompt and on time. You should not believe only one side of the story. You should consult others and also take their point of view. Acquaintances, friends, relatives should not be over trusted. 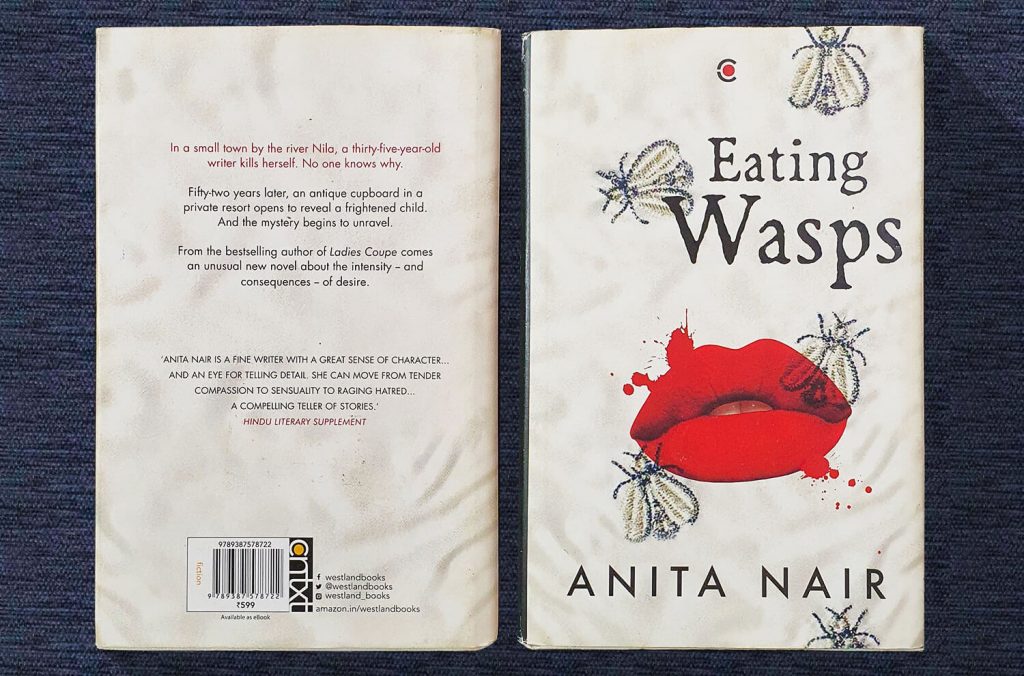 The index finger bone is passed from the child to Urvashi. from Urvashi to Najma. it passes from one hand to another and at last reaches Urvashi. She wants to give it back to the child, but they have already left and so it is again put in the almirah. Najma’s mother was sold by her drunkard father for Rs 500 to a man 23 years older than her. she was 12 years at that time, mother at 16 widow at 17. she loved being a mother but never wanted to be another man’s slave and whore in one body. Najma was attacked with acid for spurning a marriage offer by her mother’s colleague and also not for wearing Burqua. she didn’t get any help from her co-passengers in the train who had no empathy

Half a sin portrays two Christian sisters together going to different churches for confession. The first child considering the second as her enemy and devil, because she is not getting the earlier attention. she tries to kill the newborn by swinging the cradle with force. Going into fits and sickness when she is not given more attention. life became hell because of that for both the sisters and their families. Theresa the eldest loses her husband in a car accident along with his mistress. This makes her mentally deranged. she imagines her younger sister molly’s husband Anto as her own and try to cause more damage to her sister. After Anto’s death also she did not spare her younger sister Molly.

It is a classic example of how ignorance of things makes children behave unnaturally. pregnancy and childbirth cause loss of affection and care making a girl violent. The eldest son inherits his father’s business, the youngest son has all of his mother’s love, the middle son has nothing. water can wear out stone. men can’t be trusted. all men are the same. an unfinished insult can wound more than a spoken one.

How one can forgive another when there is nothing to forgive. when you don’t love someone, how they can hurt you. There are many ways to deceive. How there can be degree to an emotion as absolute as hate.

The Act Of Contrition- Confess-Atone-Sin Again. Religion is the first law of survival. it gives a sense of belonging. is it really a sin when one deceives only to make someone happy or would that make it a half sin. Does the church recognize sins by fractions or is it absolute?

For Brinda the badminton player, the taxing schedule was fun. one should feel how society looks upon a sportswoman. She should be all angles and no curves, male hormones, and steroids. Face lacking softness of girl. They are seen as oddities. They are slaves to their brands. They have to drink the Cola they advertise, use the towel.

The supreme weapon, Sum Tzu, said was knowing how to subdue the enemy without fighting (The Art Of War) An angry woman deflects herself in battle. Brinda in her victory hour seeing the pathetic face of her opponent throws her racket in the court. For her no more the killing instinct matters.

The dead do not forget. Hair continues to grow even when breath has ceased, memory stretches far beyond the grave. water is the only element you can become truly part of. it was all very well being the universal solvent, but sometimes even water has to stay still. Death nullifies everything. Death takes away all power death and love. Love when it is uncertain and furtive, eats away the smiles first. Butterfly eggs that would become caterpillars are food for wasp babies.

The Malayali mind cannot conceive of any place as home except the one they could trace their roots to. A gift should be about what the receiver need. Not about displaying the giver’s largesse.

Litiana- The Mohini Attam practitioner whose Video Pussy Mouth went Viral. Sex had to be sacred, or dirty, or sanctified by the four letter word love. The invisible men had derailed her life. Disappearing into oneself growing older and weary of living. There was a time when dancers could not become wives. They ended up as kept women.

Facebook was no more than a village well where daily updates were shared and Instagram was the bathing spot in the river where either you looked or were looked at. As for Twitter, it was no more than an extension of the tea shop where men gathered more for news and debate rather than for the tea and Parippu vada. The feeling to be the object of sexual speculation, our lives are not ours anymore. Everything is out there, the difference, men and women bathed together, men fetched water from the well, women sat in tea shops and discussed politics and world affairs. you have to look around to get a perspective on your life. human need to connect with another living being.

Vipin, Maya’s divorced husband was not able to adjust with his Autistic son Navin. it was at this time Koman took Maya as his wife. Any man can father a child, but to be a father requires commitment. it means giving some bit of yourself every day without tiring. other people’s burdens are easily shouldered because you know that one day they will be lifted off your back.

Navin son of Maya an autistic 38 years old, but was behaving as a six-year-old. Shyam, Radha’s husband and relative of Koman was taking care of him after Koman’s death. Maya was trying to poison her son fearing about his future after her death. When she was going to give him the poisoned sweet, for the first time he greeted her uttering the word happy birthday. Both shared the same birthday so at the last moment she was spared the killing of her son.

Eating Wasps is based on the life of Malayalam novelist T. A. Rajalakshmi (pen name Vilasini) who is called Emily Bronte of Malayalam literature. Her novel Uchha Veyilum. Ilam Nilavum (Forenoon Sun And Light Moon) featured in Mathrubhumi Weekly in parts, had to be stopped after seven parts at the insistence of the author herself. It was due to the allegation of her relatives that it was their real-life incidents. she burned the manuscript of the novel. In 1964 she wrote a story titled Suicide. The following year on January 18th she committed suicide.