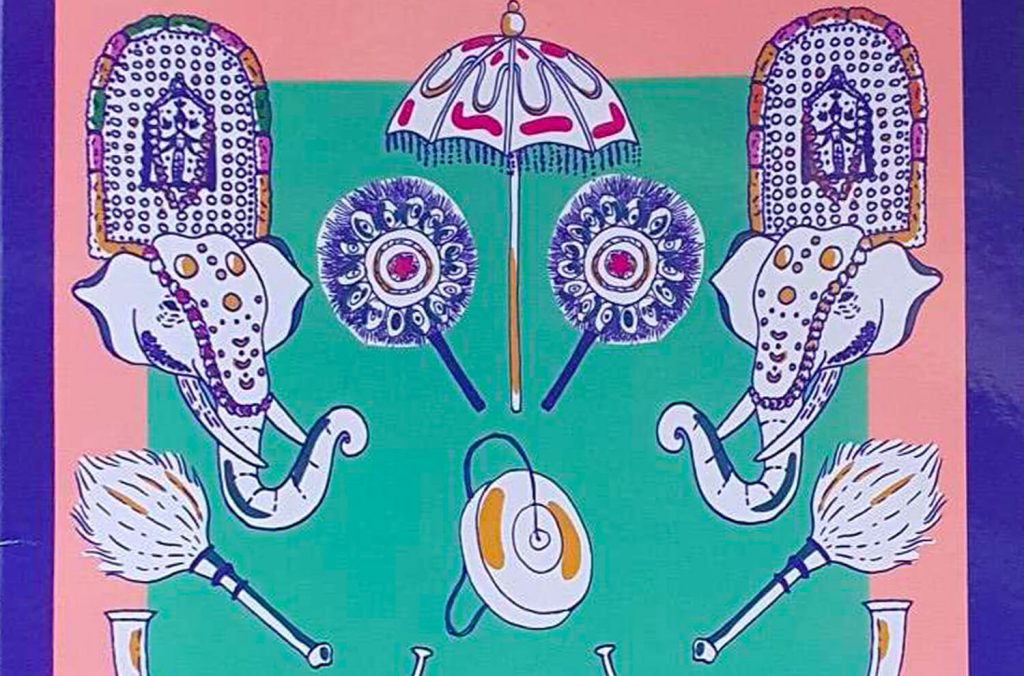 This Bilingual Festival Hand Book gives you minute  details regarding  ritualistic procedures of the festival. it is meticulously written. The scope of the subject  for enlargement is very limited as the origin and history of the deity of the temple  is said to be not on records. The author has targeted the Malayali  Diaspora as readers, who cannot read  the language of Malayalam  which is their mother tongue. Not only that  he has been forced to make it Bilingual because of the smallness of the content also. The book is very short and an entertainment reading , just like a running commentary.

Below here  I am giving you contents page wise.

According To The Author The nearby Ankala Parameswary Devi is sister of  Sri Pookulangara Devi and was originally at Tiruchirappalli . It is only Heresy. There are no documentary proof or evidence. There is no Heresy about the other sister. There is no mention of Pookulangara  Bhagavathi’s  connection with Tripallavurappan.

The descriptions of the procedures are so good  that you get a visual effect. Not only that many of the Kunisseri people who have witnessed the festival, does not have a  total picture of the procedures, because of the three desams involvement  in their own activities. Definitely one or two aspects will be missing from their comprehension. Thus the compilation, codification has served a great purpose. 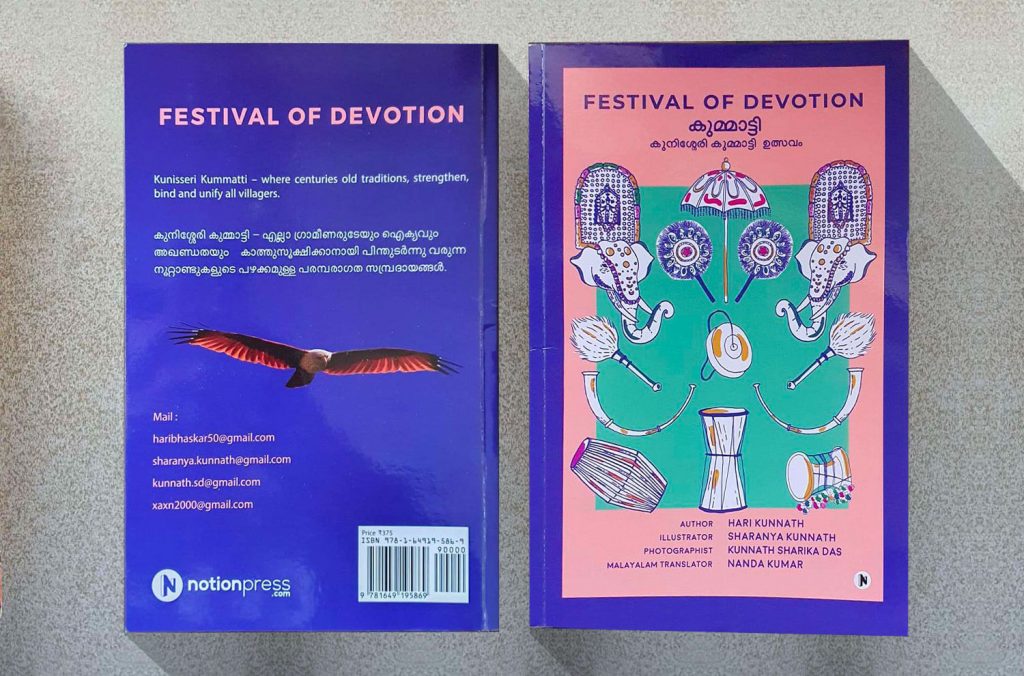 But some questions come into the forefront. The author mentions records are not available in the state archives. This statement is ambiguous. Kunisseri comes under Palakkad district and was under the British presidency. So the records may be in Chennai. State archives is not the only place to look for information. Land records, books on Sthalam Kala Parichayam, history of Palakkad rulers like  Tharur Swarupam, the Valluva Konathiri, the ruler of Vengunadu (Kollengode Rajas) Sekhari Varma Rajas may throw some light. Before the rule of Perumal’s, Palakkad was under the Pallava dynasty of Kanchi. So there may be records in Tamil Nadu also. Ashtavarga Kshetra Prasna can also  throw light.

For those readers who are interested in further enquiry  the following books  are recommended.

Further, the authority on Kerala history late Shri K.V.K.IYER is of Kudallur, Pallavur, our neighboring village. Whether some of his disciples can throw light on this subject, we do not know.

To conclude, I owe special thanks to Nirmala Menon niece of the author for information about the book through a reply to my inquiry post on facebook asking for details of the origin of the temple. The actual query was put forward to me by my cousin Pallavur Vathukkat Ravi.