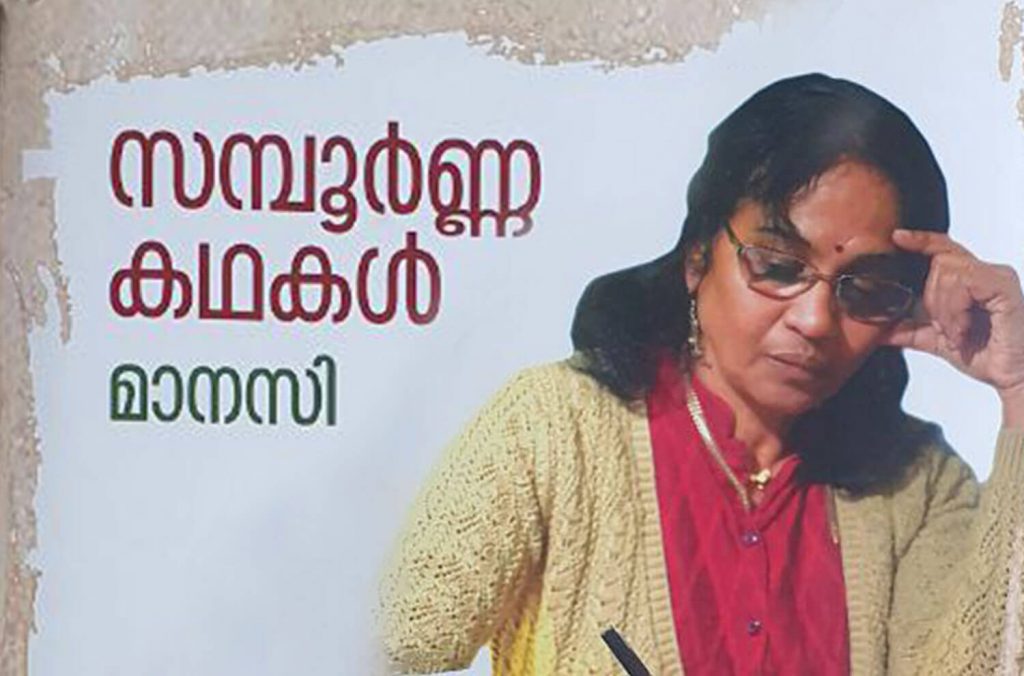 This book contains complete short stories written by Manasi from 1966 to 2016. Her first story was published in 1966 in Malayala Rajyam Under The Name Mukham Moodi (Mask). This book has two introductions (Critique) written by Jansi James And Dr.Mini.Prasad. We come to know more about the author and her work through these two Critiques.

Her first story which was published in 1966 was about an illicit relationship. It was written at the age of 18. She has to bear the beatings of her mother who introduced her to literature and encouraged her to write, because she followed the path of Madhavi Kutty and not Balamani amma in writing, As per her mother’s wish. She was also locked in her room.

The author who hails from Thiruvilwamala an interior village of Trichur District had an indomitable spirit and was not ready to succumb to threats and repression. Her writings are more than the experience of an individual, it is the social text of the time. we can call her successor or inheritor of Madhavi Kutty’S (Kamala Das ) Legacy In Writing. Her writings have similarities with the writing of Madhavi Kutty. She is a Feminist Writer and there are not many women writers like Manasi who have fought for Gender Equality.

Just like Madhavi Kutty, marriage was an escape route for literary activities to her also. while Madhavi Kutty went to Kolkata, she went to Mumbai. But much has not been written about her large, vast life experiences of Mumbai. Though a chemical engineer, her writings show her as more of a psychiatrist and psychologist.

IN 1963 Betty Frieden In Her Book Feminine Mystique has mentioned Women’s problems that have no name. These problems which hunt women can be seen in Manasi’s earlier stories themselves.

In The 90’S Eleven Stories Were Published. According to Janci James, these stories should have been compiled and published as a collection.
Manasi’s Millenium Stories ( 2000-2016) Five in number are contemporary life portrayals.

Even before the word Pennezhuthu ( Women’S Writing) came into Malayalam it was present in Katha Samaharam Idivalinte Thengal ( Pain Of Thunder Lightning) In 1972. In Manasi’S writing. 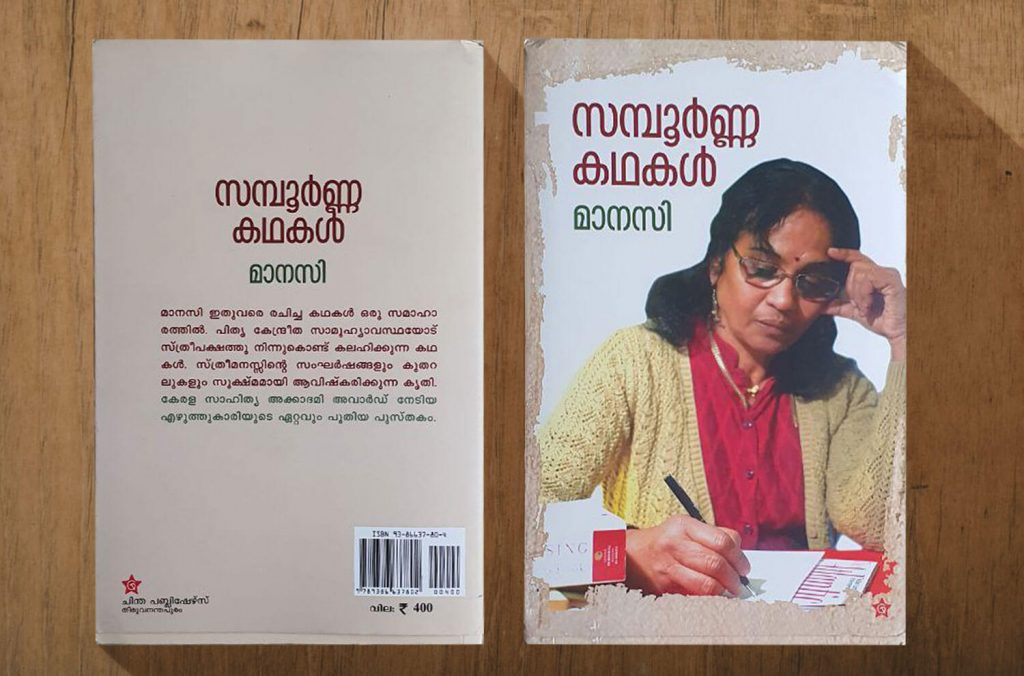 In her stories, human feelings and behavior are portrayed without bias. Her characters many times steps into the shoes of their opponents, adversaries. There is passion, lust, pity, empathy, self-indignation, anger, revenge, and helplessness in her stories, The trajectory, turbulence, and vicissitudes of life are prominent in her works. it is not easy for the readers to grasp the inner meaning of the stories of the author. it is written in a satirical way.Illogicality is said to be the weakness of women. But for Manasi’s female characters it is strength.

Her stories were originally published in the following periodicals.

Even though the year is mentioned date and month are absent. There are mistakes in serial numbering also.
There are two 5 numbers and the number 8 missing.

The author is a versatile writer. somehow, she has not received due recognition as a writer. Her writings are replete with the colloquial language of Palakkad. Her writings are labeled as feminist writing. Her writing is also less in number 57 short stories in 50 years. her writings are scattered over many periodicals and in certain years she has not written also it may be due to her involvement in Theatre and NGO activities. She is described as a writer without Changalakal (Chains). Mr. T.M.P.Nedungadi has translated her short stories for Sahitya academy’s Indian Literature Edition.

Manasi has translated two plays into Malayalam. She has completed the translation of the English version of Tharabai Shinde’s Stree Purusha Tulna which was penned in 1882. This essay is the first feminist writing in India. Originally it was written in Marathi. Now she intends to translate the writings of Savitri Bai Phule, The First Woman Teacher Of India In 1853.